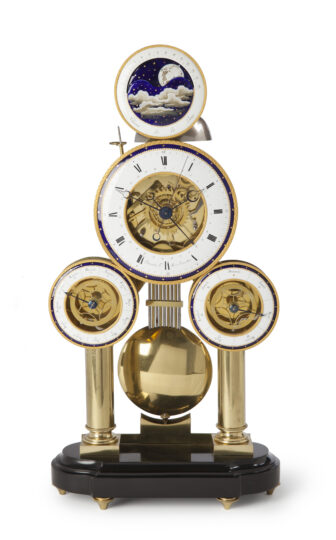 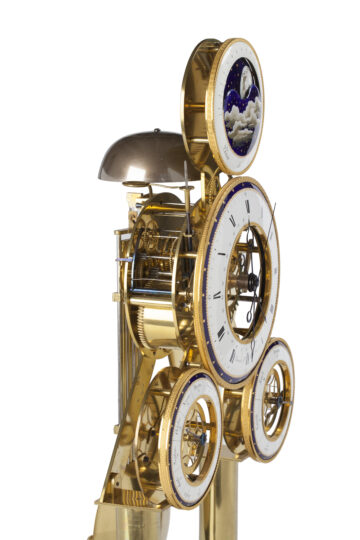 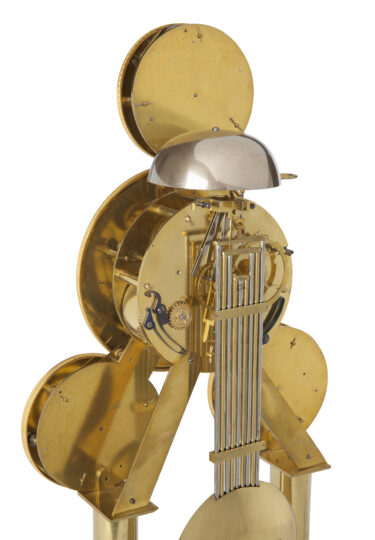 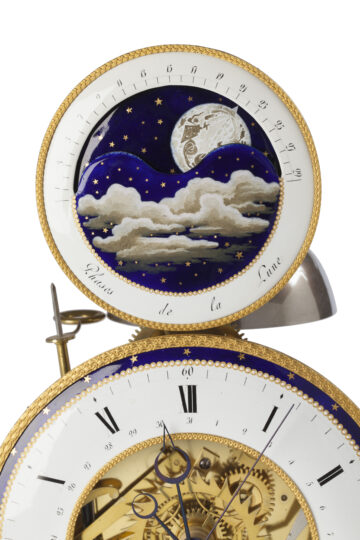 An interesting well-proportioned Belgian ormolu, enamel and black marble
striking skeleton clock with full calendar and phases of the moon

The spring-driven movement has four back-pinned pillars, the going train has a pin-wheel escapement with a gridiron pendulum with nine steel and brass rods suspended on a knife-edge. The striking mechanism has an outside skeletonised countwheel, with hour and half-hour strike on a bell, both springs are signed Boursier May 1809. 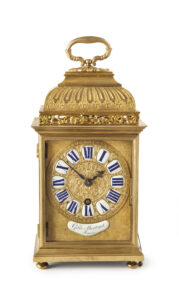 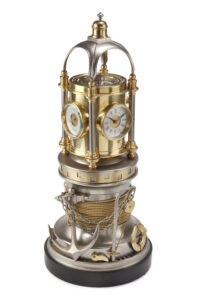 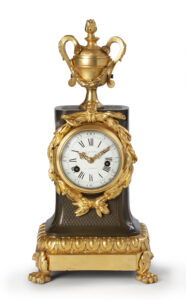