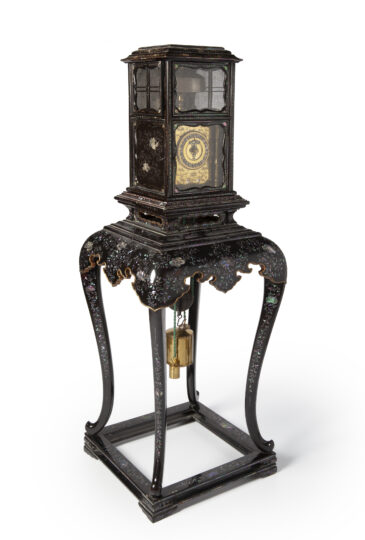 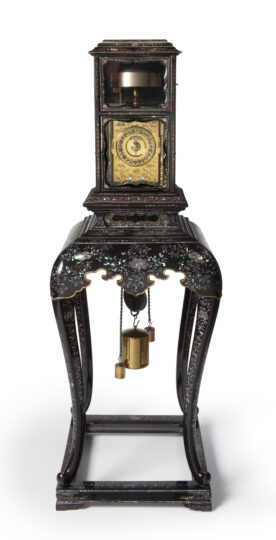 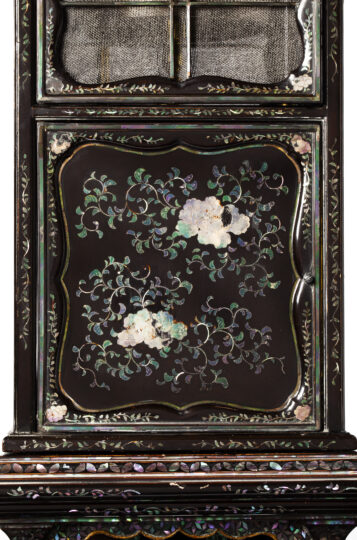 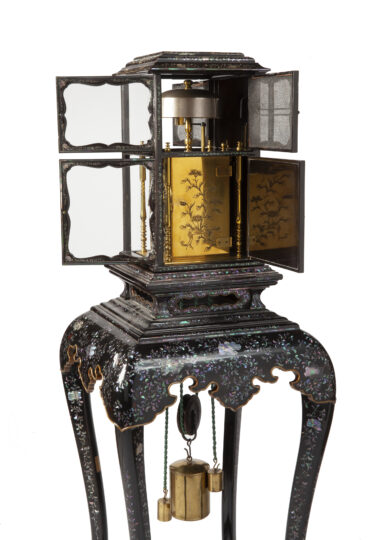 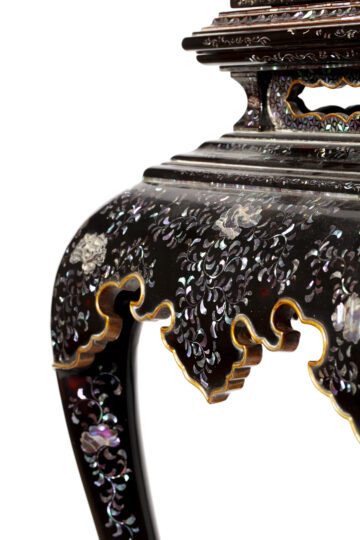 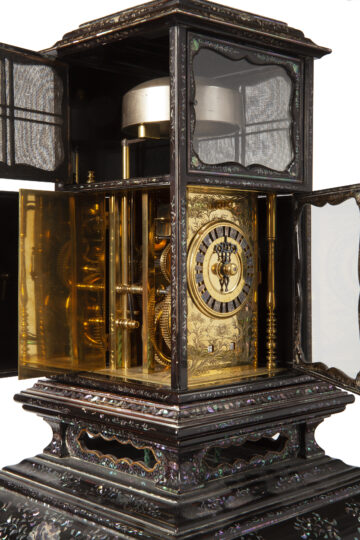 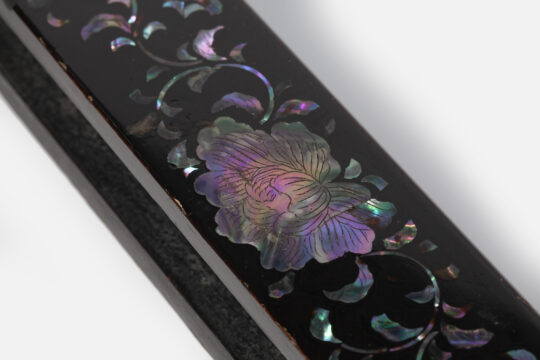 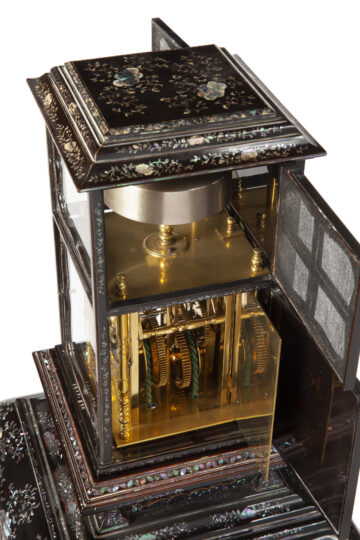 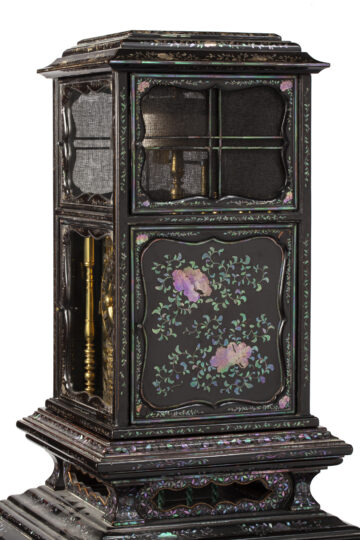 Movement
The day-going weight-driven brass movement is constructed between bars, the going train in front of the striking train. The bars are positioned between top and bottom plates. There is a Japanese inscription on one of the bars: Saku Suke Shige Hara Kuwa (‘made by the strong son of the mulberry field’). The going train has a verge escapement with a short pendulum. The striking train is controlled by a countwheel and indicates the hours fully and the half hours with one stroke on a bell. The hours are sounded beginning with nine times running back to four.

Dial
The brass dial plate of this Japanese Dai-Dokei longcase clock is beautifully engraved depicting floral motifs and has a rotating chapter ring in the middle. This ring is divided into 24 silver movable chapters, twelve with a Japanese numeral, and twelve for the half hours. A Japanese hour is equal to two European hours and run from 9 to 4. The pierced blued steel hand is fixed while the chapter ring rotates. In the lower corners are two apertures showing the 60 days of the Japanese month.

Case
The brass dial and backdoor, which are situated between turned pillars, are beautifully engraved. The movement finds itself in a black lacquered wooden case, which is richly embellished by mother of pearl inlays depicting vine and floral motifs. It is situated in the glazed upper part, which has moulded edges at the top and bottom. The front has two superimposed glazed doors, the top one giving access to the bell, the bottom one to the dial. There are also two superimposed glazed doors to the sides, the upper doors having wire gauze which serves as sound frets for the sound of the bell. The housing of the movement is positioned on a beautifully shaped frame, consisting of four high, curved legs, which terminate at the bottom in a volute. The whole rests on an open square base, of which the side consist of two superimposed strips.

Japanese time measurement
Japanese time measurement is very different from its counterpart in the Western world. Instead of a fixed value for an hour the length of an hour in Japan, called toki is variable depending on the length of the day and night. Day and night are both divided into six toki, which cover the periods from sunrise to sunset and from sunset to sunrise. In summer the days are longer than the nights and consequently a day toki last longer than a night toki. In winter it is the other way around. This is the reason why Japanese clocks have sliding chapters to adjust the length of a toki. There are also clocks with a fixed chapter ring and a revolving hand. To regulate the lengths of the toki the weights on the foliot can be moved, which makes the clock go faster or slower. This is mainly found in older clocks. The hour numerals run from nine to four, the latter being midday. Number nine was holy in Japan. Each toki, twelve in total, also had its own sign of the zodiac, which were sometimes indicated on a ring around the chapter ring. 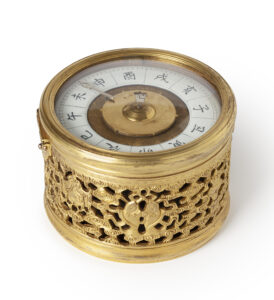 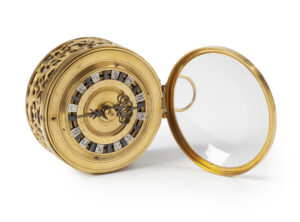 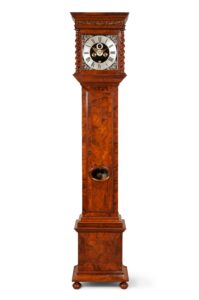