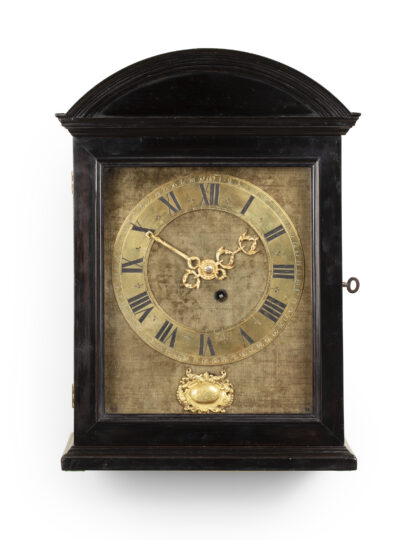 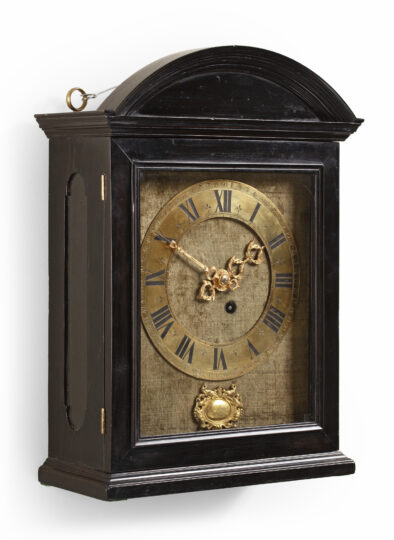 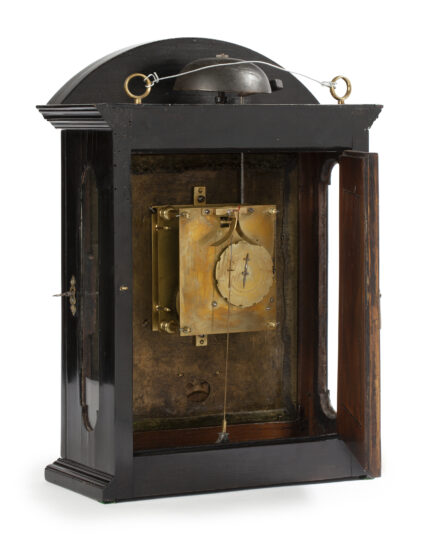 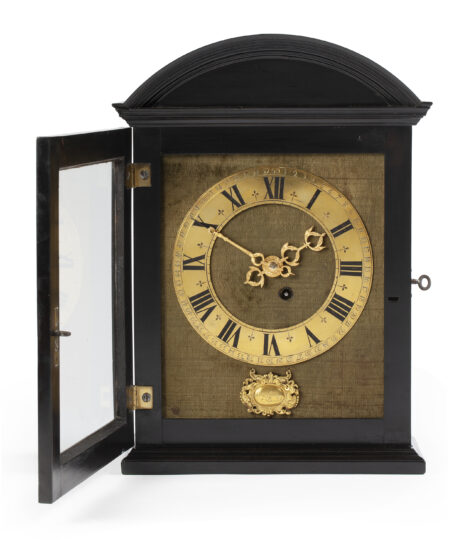 Movement
The two-day going movement consists of going and striking trains, driven by a single barrel. The going train has a verge escapement with a short silk-suspended pendulum between cycloidal cheeks. The striking train is regulated by an outside count wheel and indicates the hour fully on a bell. The half hours are indicated by a single stroke in passing.

Dial
The olive-green velvet-covered brass dial plate has a gilt brass chapter ring. It has Roman hour numerals with half-hour markers and Arabic minute divisions. The winding holes is situated in the centre near the IV. The time is indicated by a fine pair of pierced and engraved firegilt hands. The maker has signed the dial on a shaped firegilt brass cartouche under the chapter ring C. Monnier AParis.

Case
The ebony-veneered oak case has mouldings on all sides and doors to the front and back. The back door is embellished by ebony line inlays. Both sides have glazed windows. The case is surmounted by an arched pediment, behind which there are two suspensions eyes and the bell. The bottom of the case, the fries and the pediment have elegant mouldings.

The maker
Claude Monnier was active as a clockmaker in Paris at the end of the 17th century. Several clocks by his hand are known. He had his workshop in premises called ‘au Lyon d’Or’ near the old palace in Paris.