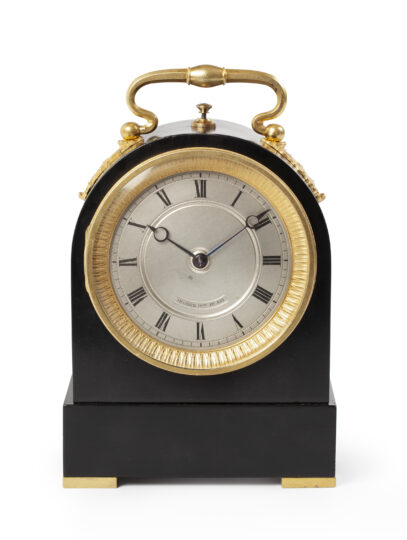 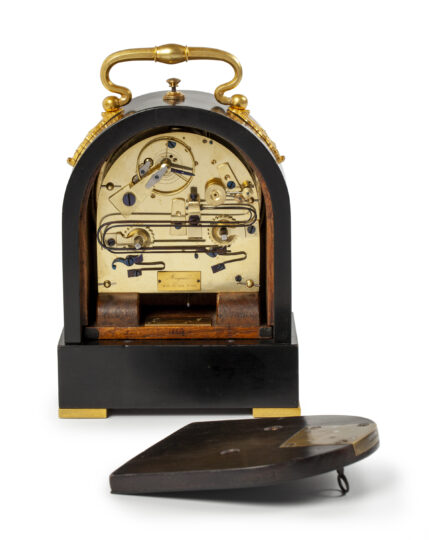 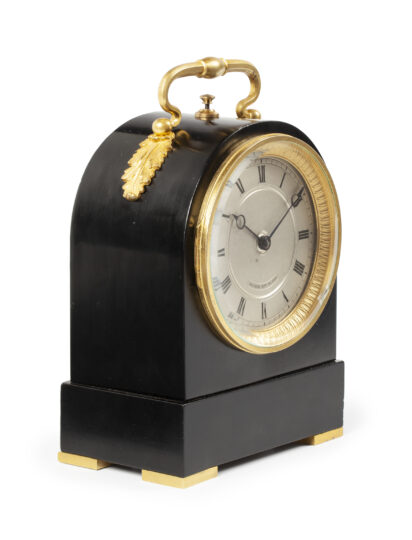 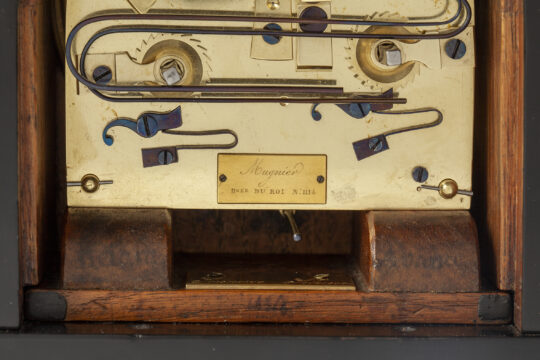 Movement
The spring-driven brass movement consists of going and quarter-striking trains. The going train has a vertical balance on the backplate. The quarter striking indicates the quarters and the hours on two gongs. It can be repeated at will by pressing a brass button on top of the case, indicating the last hour struck, followed by the quarters. In addition the striking can be switched on or off with a blued steel lever in the base (sonnerie/silence). The maker has signed and numbered the movement on the backplate: Mugnier Hger du Roi N: 1114.

Dial
The circular silvered brass dial has a Roman chapter ring with five-minute and minute divisions. The maker has signed the dial above the VI: Mugnier Hger du Roi. The time is indicated by a pair of blued steel Breguet hands. The dial is protected by a bevelled glass set in an engine turned gilt brass bezel.

Case
The beautifully proportioned arched ebonised pearwood-veneered case rests on flat brass bun feet. The movement can be accessed via the back panel with a key. The clock is surmounted by a gilt brass carrying handle and gracious ornaments, as well as the shaped repetition button.

The maker
Charles Mugnier was active as a clockmaker in Paris in Rue Neuve des Petits Champs from 1810 until 1830. He was clockmaker of Emperor Napoleon and King Louis XVIII.