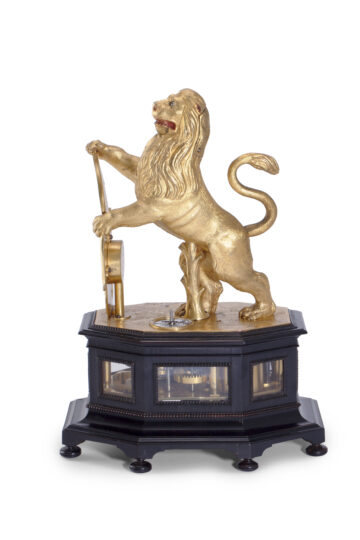 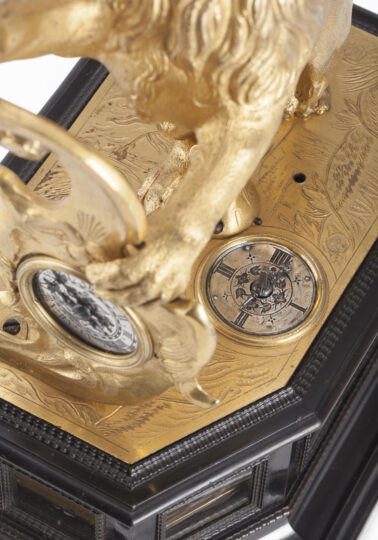 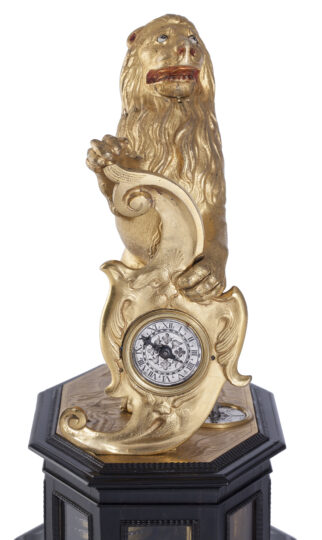 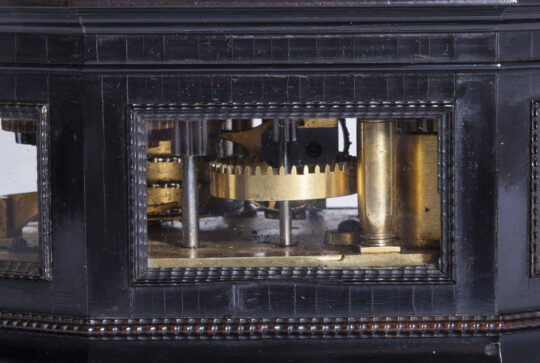 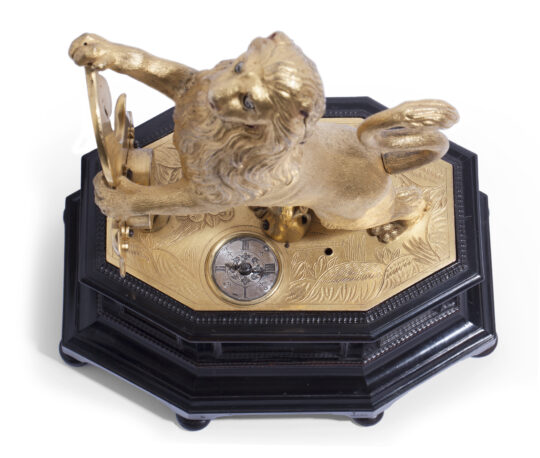 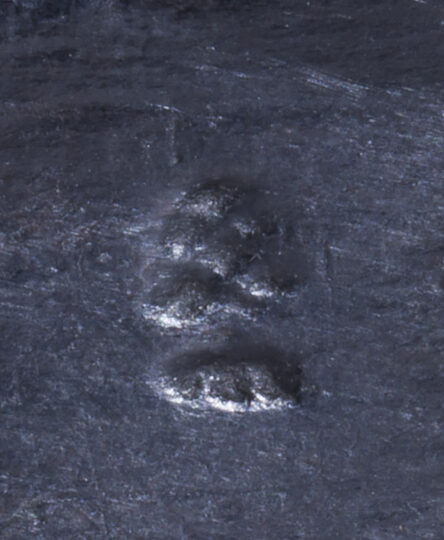 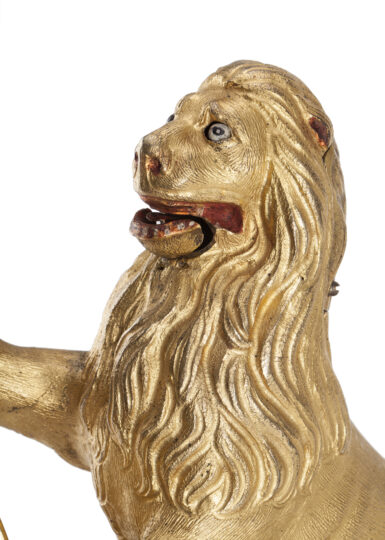 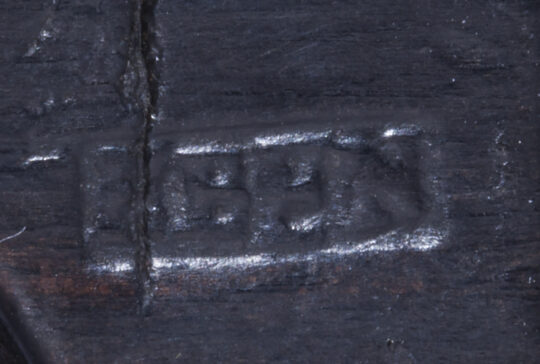 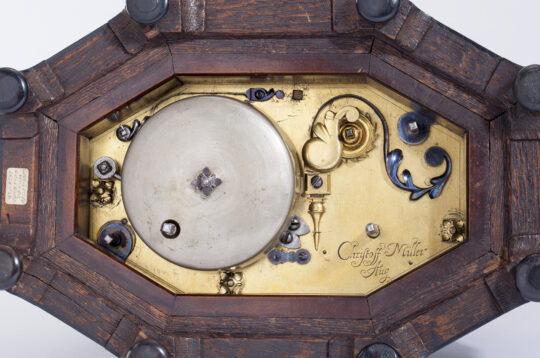 Movement
The iron spring-driven, day-going movement of this impressive automaton clock, a so-called Figurenuhr, is constructed between octagonal brass plates. It consists of going and striking trains. The going train has a spring barrel, chain fusee and verge escapement with balance. The striking train is controlled by a countwheel and indicates the hours fully on the bell. In addition, the clock has two automata, one operated by the going train moving the lion’s eyes, the other opening and closing its mouth, functioning when the clock strikes. The clock is wound from the back. The maker has signed the clock on the backplate, on which the bell is mounted: Christoff Miller Aug.

Dial
This very rare clock has two dials. The lion holds a shaped gilt brass plate with a silver dial with Roman hour, half-hour and quarter-hour divisions. The time is indicated by a single blued-steel hand. In the middle are engraved flowers. The other silver dial is situated near one of the lion’s hind legs in an engraved octagonal gilt-brass plate which forms the top of the ebony-veneered case. This dial indicates the quarter hours with a small blued-steel hand and has Roman quarter-hour and 7½ minute divisions.

Case
The fire-gilt brass rampant lion stands on a fire-gilt and engraved brass plate, which is the top of the wooden case. There is a hole next to the quarter-hour dial through which the striking can be synchronised with the going train if necessary with a pin. The regulation can also be reached in this way. The movement and automaton mechanism is situated in the rear side of the octagonal ebony-veneered case, which has eight windows in the sides. The movement can be accessed by removing a cover which is secured by a catch. The whole rests on eight raised ebony bun feet

The maker
Christoph Miller(also Müller) was born c. 1620 and died after 1651. At the age of 17 (in 1637) he became master clockmaker and member of the Augsburg clockmakers guild. There are several clocks by his hand in various museums, such as the National Museum of Prague, Museo Galileo in Florence and the Metropolitan Museum in New York. 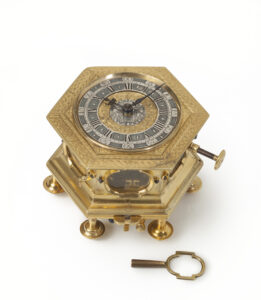 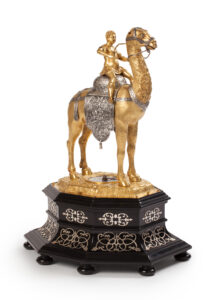