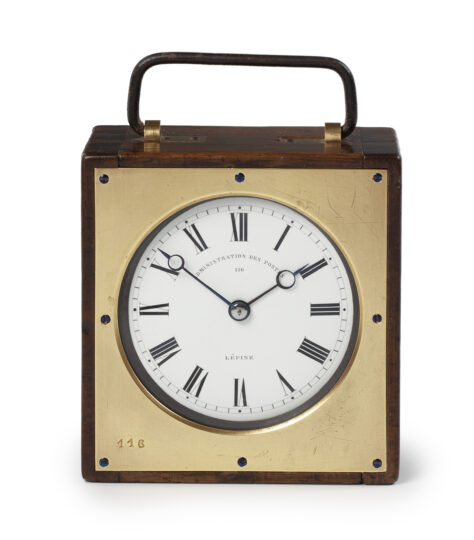 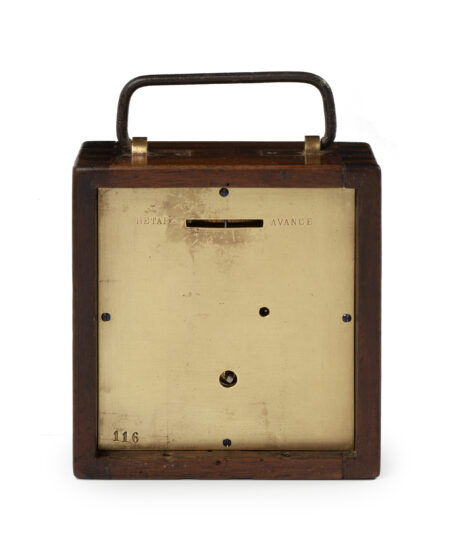 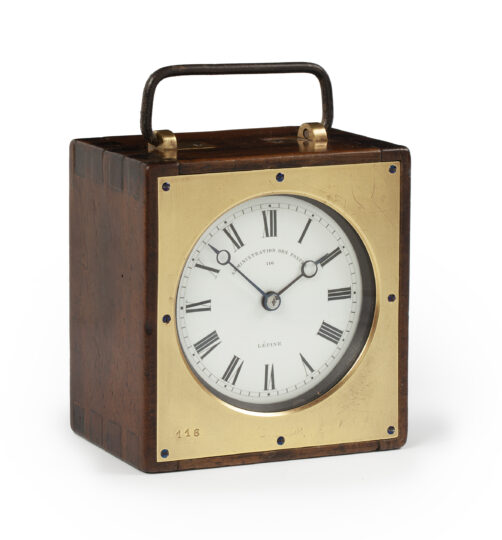 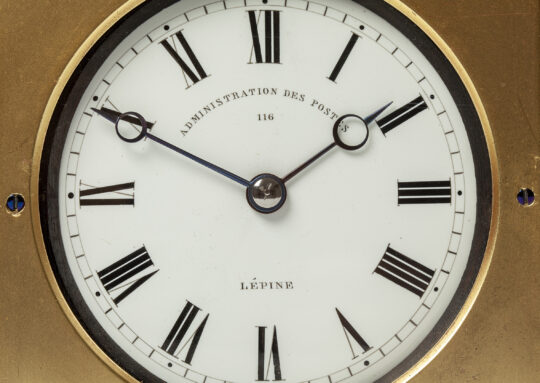 Movement
The clock has a spring-driven movement between plates with duplex escapement and compensated balance. The backplate is stamped with the number 116. The movement can be regulated from the back, the direction being indicated by the words ‘retard’ (slow) and ‘avance’ (fast). The clock is wound at the back and the hands are set.

Dial
The circular, white enamel dial has a black Roman chapter ring with five-minute and minute divisions. The maker has signed and numbered the dial in the middle: Lépine, Administration des Postes 116. The time is indicated by a pair of blued steel ‘Breguet’ hands.

Case
The square mahogany case has a brass plate on the front with an aperture to show the dial. This plate is numbered 116. The back can be opened with a key, whilst the clock is surmounted by a iron carrying handle.

Note
This post office clock was used in post offices and allowed the staff to set their watches. This was necessary to be sure that the post was collected and dispatched at the right time. 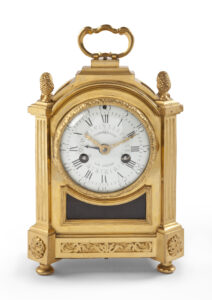 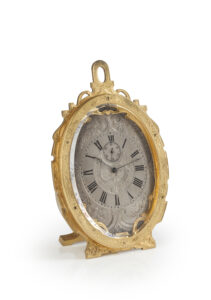 M&R124a STRUT CLOCK Circa 1860 England Movement The spring-driven, eight-day movement is constructed between plates and has an English lever… 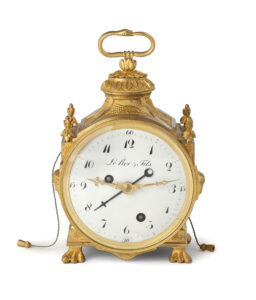