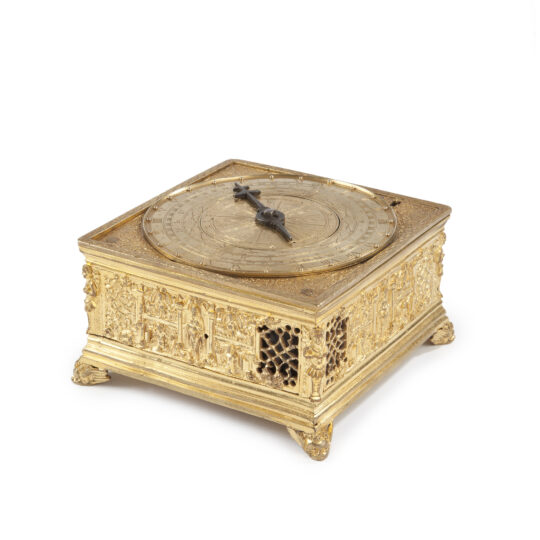 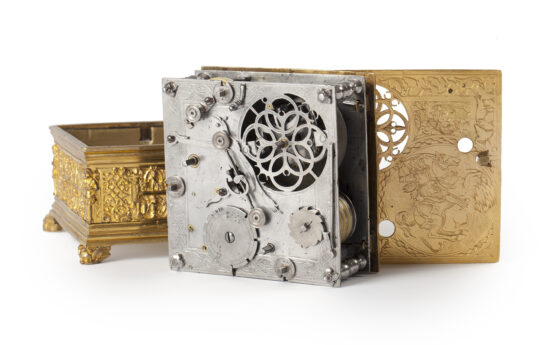 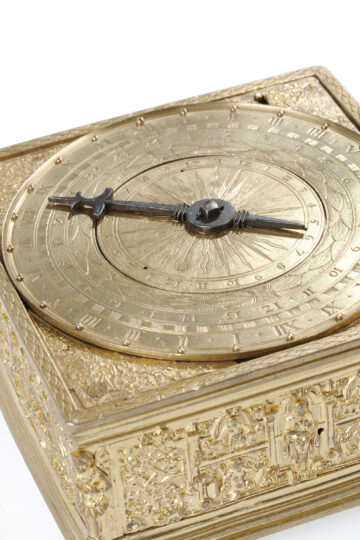 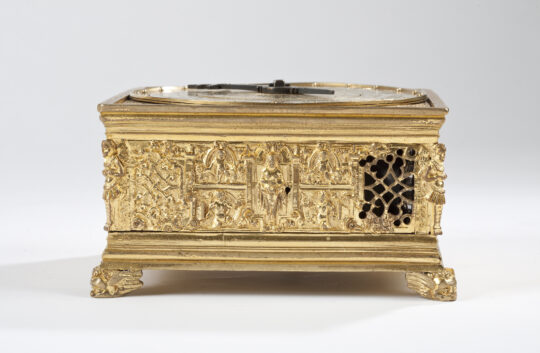 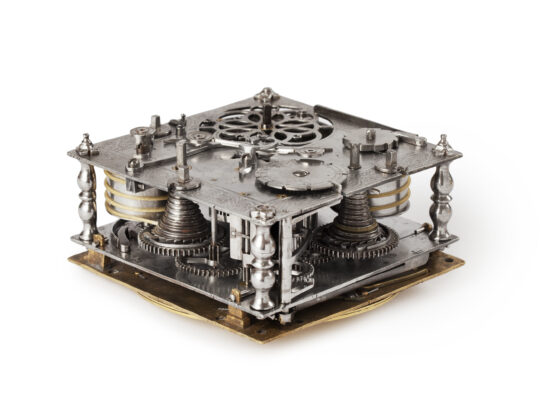 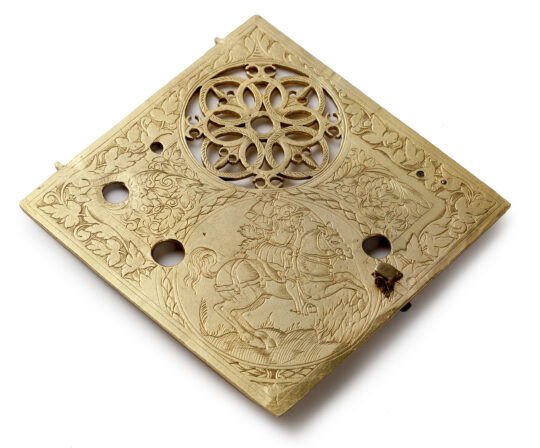 When taking a closer look at the figures on the panels, some similarities can be found in literature. In Ingrid Weber’s book, Deutsche, Niederländische und Franzözische Renaissanceplaketten 1500-1650, comparable figures can be found in illustrations 241 and 249. The author refers to the workplace of Wenzel Jamnitzer (1508-1585), the famous son of the goldsmith, Hans Jamnitzer. Wenzel combined classical and natural ornamentation such as grass, flowers and other small creatures, which were often casts of actual plants and animals. He received commissions from successive Habsburg rulers and also worked for the leading families of Nuremberg. 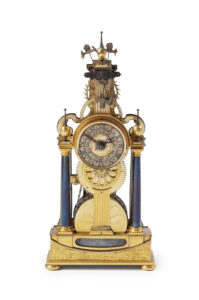 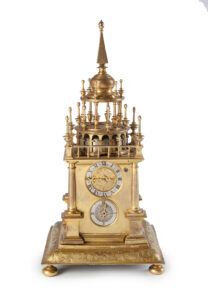 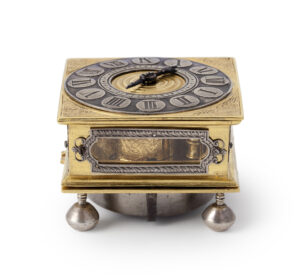